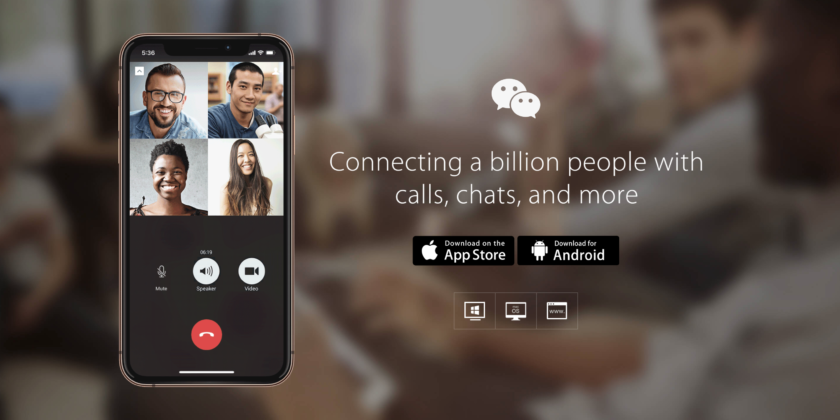 Mobile payments are quite popular among people who live out there in the world. WeChat is a tool that has been able to take mobile payments and messages to a whole new level. This is asocial media, messaging, and a mobile payment application in China. In fact, it is the most popular app that is being used by people who live in China as well. Tencent initially developed this app. The very first version of the app was released to the public by the year 2011. Within a period of just seven years, it became the largest standalone mobile app in the entire world. By that time, the WeChat app had a total number of monthly active users of one billion.

WeChat is the app that people in China can think about using for everything. In other words, people are provided with the freedom to get various tasks completed with the support and assistance offered by this app. That’s because the app has been built around a large number of functionalities. Due to the popularity of the WeChat app, it is being used for mass surveillance activities within the country. It is important to notice that WeChat protects sensitive and political topics from being discussed within the platform.

The WeChat app was started from a project that was completed by the Tencent Research and Project Center. This research project was completed within the year 2010. It was a person named Allen Zhang, who developed the very first version of this application. He is currently working as the CEO of Tencent.

From the beginning, the WeChat app was able to receive excellent assistance from the government. Therefore, the app developers didn’t need to go through many struggles to find the funding needed for the completion. The government provided the team with a five-year completion plan as well. By the year 2012, it was able to achieve 100 million users. Hence, the government of China had promising expectations for the development of WeChat.

According to the stats of 2016, WeChat was having almost 900 million active users. Since then, it had experienced exponential growth. No other standalone app is capable of coming closer to the WeChat app as of now.

Payment facilities were introduced to the WeChat app in the year 2013. Along with this feature, people in China started using the mobile app to complete their payments. Facebook and WhatsApp are indeed having a similar number of total users. However, they are not able to offer all the features that can be found within the WeChat app. This is one of the biggest revenue-generating mobile apps in the entire world as well.

As mentioned earlier, WeChat is a feature-rich app. Integrating such a large number of features helped the developers transform it into the country’s most popular app. This eventually contributed to the development of the company as well. Following are the most prominent features that are available along with the WeChat app.

Messaging is the most basic feature that is available with the WeChat app. This app offers text messaging, video calls, video conferencing, and hold to talk messaging features. It is also possible for the users of the app to get their hands on video sharing features.

Nearby, people will be able to start using WeChat to share contacts. This feature is facilitated by Bluetooth technology. The same technology can also be used to get in touch with random people based on their preferences. On the other hand, there is a possibility to integrate WeChat along with numerous other popular social media networks, such as Tencent QQ and Facebook. Photos that are uploaded into WeChat can be enriched with the use of captions and filters. An automatic translation service is available within WeChat as well. Hence, even the tourists who come into China prefer to get their hands on the WeChat app and start using it to get their work done.

WeChat supports a large number of instant messaging methods. They include voice messages, text messages, stickers, and walkie-talkies. Moreover, the users of WeChat can easily send out live photos or previously saved photos.

All the people who have registered with WeChat will be able to maintain public accounts. This feature is quite popular among celebrities. That’s because they will share feed content with the followers with ease while using this feature. On top of that, it is also possible to interact along with the subscribers as well.

The moment is a rich feature that is available within the WeChat app for the users to consider. This is the brand name that is given by the app for its social feed. It can act as a fully functional social media network. People will be able to maintain their friend lists within Moments. This is a platform that offers a large number of interactive features. Hence, the users are provided with the chance to post textual content, post images, and upload short videos captured by the users. On the other hand, it can provide all the support needed by the users to share music and articles. People on the friend list will be able to interact with the posts that are being shared and give their thumbs up.

WeChat is one of the most popular methods used by people who live in China to make their payments. That’s because WeChat is providing them with a comprehensive digital payment service. It is possible to integrate a bank account along with WeChat. Then it is possible to purchase products or services, make bill payments, and transfer to other people from the WeChat app interface itself. This is a secure payment solution available for WeChat users to consider.