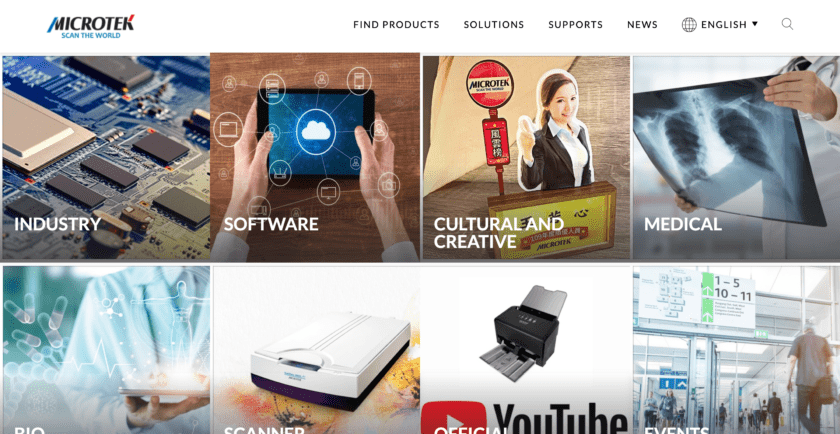 Microtek International, Inc. is an electronics company that specializes in manufacturing digital imaging devices and other consumer electronics. Microtek occupies 20% of the global imaging market(that’s a lot by any standard). Microtek was founded in 1980 by Bobo Wang, Robert Hsieh, Carter Tseng, Benny Hsu, and Hu Chang-hsing in the Hsinchu Science and Industrial Park.

Microtek is known for its forays into developing, manufacturing, and selling a wide range of imaging products for application in biological, industrial, and medical fields. Their sales contain you can find products such as scanners, medical imaging, LCDs, digital imaging devices, digital cameras, and related software. The company has subsidiaries in Tokyo, Japan; Singapore; Rotterdam, Netherlands; and Shanghai, China. Microtek is probably known best for its scanner brands; ScanMaker and ArtixScan. They became prominent in the imaging industry in 1986 when they launched the world’s first halftone optical film scanner. They also launched the world’s first desktop halftone scanner in 1986 and the first color scanner in 1989.

Headquartered in Hsinchu, Taiwan, It has subsidiaries in Shanghai, Tokyo, Singapore, and Rotterdam. It recently expanded its product lines into the manufacture of LCD monitors, LCD projectors, and digital cameras.

The Taiwanese government launched the Hsinchu Science and Industrial Park Back In 1979. They created this with the vision to emulate Silicon Valley and to lure back overseas Taiwanese with their experience and knowledge in engineering and technology fields. They started strong with several companies (14 in total). Today, only 6 of the original 14 remain United Microelectronics Corporation, Microtek International, Inc., Quartz Frequency Technology, Tecom, Sino-American Silicon Products Inc., and Flow Asia Corporation.

Microtek at the time, known as Microelectronics Technology, was co-founded in HSIP in 1980 by five Californian Taiwanese three of them were colleagues who had worked at Xerox (Bobo Wang, Robert Hsieh and Carter Tseng) the other two were colleagues from the University of Southern California, Benny Hsu and Hu Chung-hsing. They started the roots of the company after Hsu was invited by HSIP Manager Dr. Irving Ho. By September of 1983, the Allied Association for Science Parks was established, and Hsu was elected to be its first Chairman.

Microtek officially entered the electronics industry in 1983; a time were scanners weren’t exactly the cheapest tools for hobbyists. They made their first mark when they released the MS-300A, the world’s first desktop halftone scanner, in 1984. They also became aware of the need for scanning software for mainstream users. This led to the inception and development of the year, the world’s first scanning software application. With the year, Microtek had made desktop scanning a functional reality. With EyeStar serving as the de facto standard for image format for importing graphics. This was before TIFF came to fruition.

These breakthroughs didn’t halt the company’s growth as it continued its leading-edge approach to the scanning industry. Shortly after, in 1986, Microtek developed the first OCR, or Optical Character Recognition, a program for text scanning, once more successfully integrating a core function of scanning with its machines.

Microtek set up its United States subsidiary In 1985. It was known as Microtek Lab, Inc. and was situated in Cerritos, California. This branch went public officially in 1988.  It was one of the pioneering members of Taiwan’s initial public technology offerings. Microtek had placed strategic research and development labs located in California and Taiwan dedicated to optics design, mechanical and electronic engineering, software development, product quality, and technological advancement. With these new labs, Microtek has produced more than 20% of the worldwide image scanner market, according to AnnaLee Saxenian’s 2006 book The New Argonauts: Regional Advantage in a Global Economy,

Microtek also made another major investment. In 1989, Microtek invested in Ulead Systems based in Taipei. Ulead went on to become the first publicly traded software company in Taiwan in 1999. The Ulead system was created and developed by Lotus Chen, Lewis Liaw, and Way-Zen Chen, three colleagues from Taiwan’s Institute for Information Industry. Microtek boosted Ulead’s path by jointly purchasing CCD sensors from Kodak, which benefited both companies as it was a component not yet locally produced at the time.

Area of reach Around the world