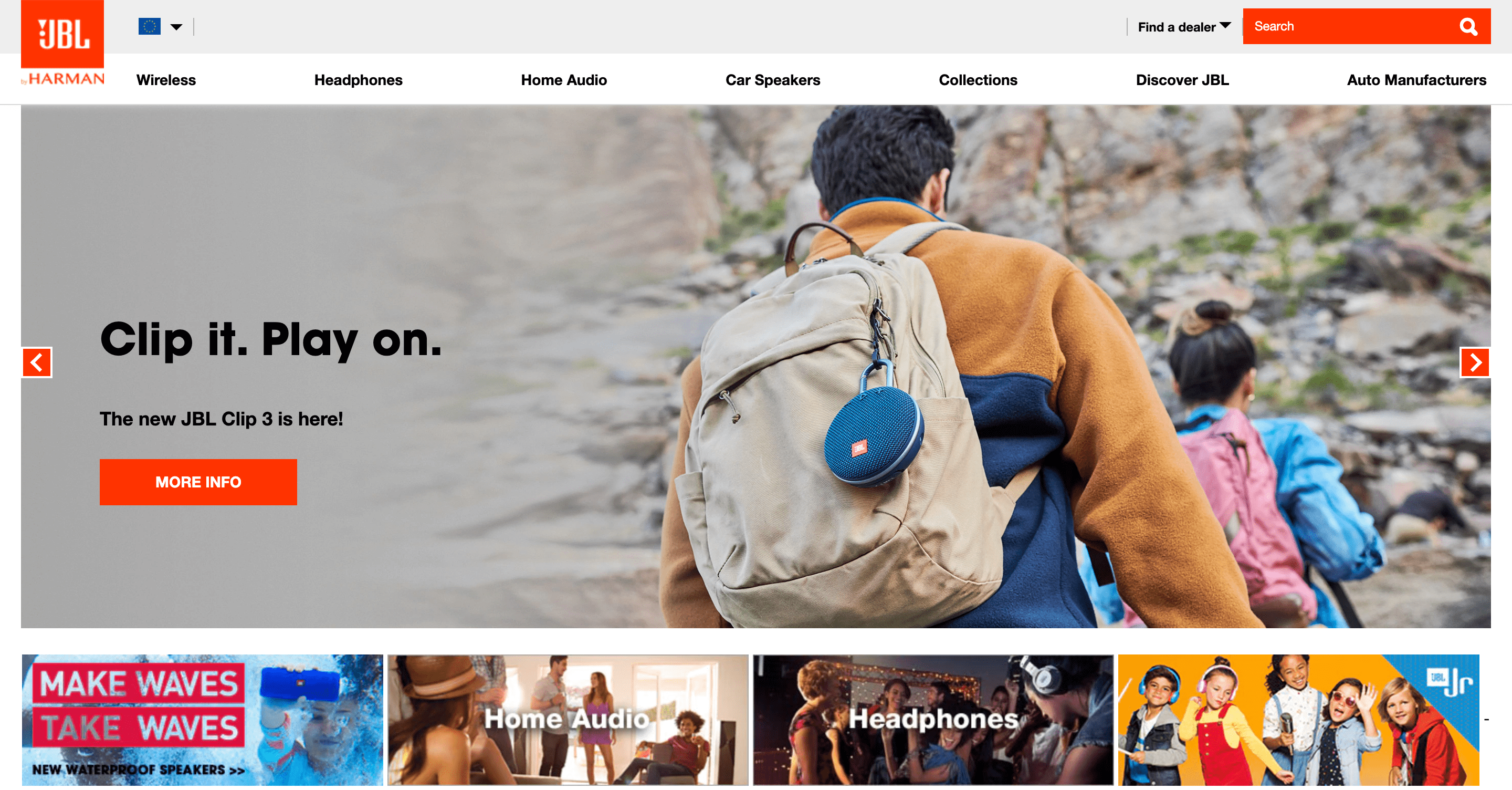 JBL is one of the leading brands that focus on offering high-quality sound experiences for the people in need. If you are looking for a device, which is delivering the best sound output, you can take a look at the products that are offered by JBL. The sound systems offered by JBL are being used in numerous industries such as enterprise markets, entertainment, and consumer and automotive.

JBL is not a new company in the market. It is celebrating the 70th birthday as of now. It was possible to find how JBL launched a series of limited edition headsets within a short period of time. The main focus of the company is to manufacture audio equipment for the people in need. They include headphones and loudspeakers.

As of now, the ownership of JBL is under Harman International Industries. It is a subsidiary based in South Korea. In fact, the roots of JBL is under Samsung Electronics.

The company JBL was launched by James Lansing. He was an audio engineer based in the United States. The wanted to develop a loudspeaker, which is capable of delivering a precise audio quality. That’s where he came up with the idea of manufacturing JBL. Moreover, he went ahead and established two different audio companies as well. They include JBL and Altec Lansing.

As mentioned earlier, James Lancing was the founder of JBL. He got the assistance of a business partner to proceed with the product development activities of JBL. Ken Decker was the business partner. The company was established in the year 1927. It was in Los Angeles where this company was established. They manufactured eight-inch speaker drivers and six-inch speaker drivers to the market. On the other hand, the company was named as Lansing Manufacturing Company from the year 1927. They were manufacturing the drivers, which were used by radio sets as well as radio consoles that were available in the market as of those days.

In the year 1933, JBL went through some significant transformations. This is where the MGM sound department took control of the activities of JBL. This made some changes to the company structure and the way how they are operating as well.

From the year 1933, JBL started manufacturing loudspeakers. They were able to manufacture the best quality loudspeakers with the help of bass drivers and compression drivers as well. On the other hand, numerous improvements were made to the products that are offered by JBL as well.

JBL is a company that learns from its experiences. Based on the previously completed successful projects, it was possible to see how JBL came up with numerous new successful projects. The iconic two-way speaker of JBL contributed a lot towards their success in the past. It was equipped with a 15-inch woofer. This speaker was capable of delivering low frequencies for the people who were waiting for them. In addition to that, a compression driver was introduced to ensure that it is capable of delivering the best highs to the people as well.

In the year 1946, JBL went ahead and manufactured a set of innovative products. They included a set of new and highly functional speakers. They were able to cater to the needs of people who were in need and ensure that they are receiving a quality sound experience at the end of the day.

Along with the partnership of Marquardt Corporation, the company was provided with a modest investment and some extra manufacturing space. As a result, JBL was able to successfully enhance the overall product lineup as well. This is one of the best decisions taken by the company to enhance the products that they were offering to the market.

During the past two decades, JBL started offering products to cater to the needs of the mass market. The consumption line of loudspeakers became popular during this time period as well. In the meantime, the brand was able to get into the high-end market along with the production of project speakers as well. They were made out of K2 lines and Everest.

Moreover, you can find three-way loudspeaker systems offered by JBL to the market as well. These loudspeaker systems are in a position to ensure a high-quality experience to the users at all times. The JBL portable Bluetooth speakers are popular among people in all parts of the world. These speakers are in a position to enhance the way how people are listening to music at all times.