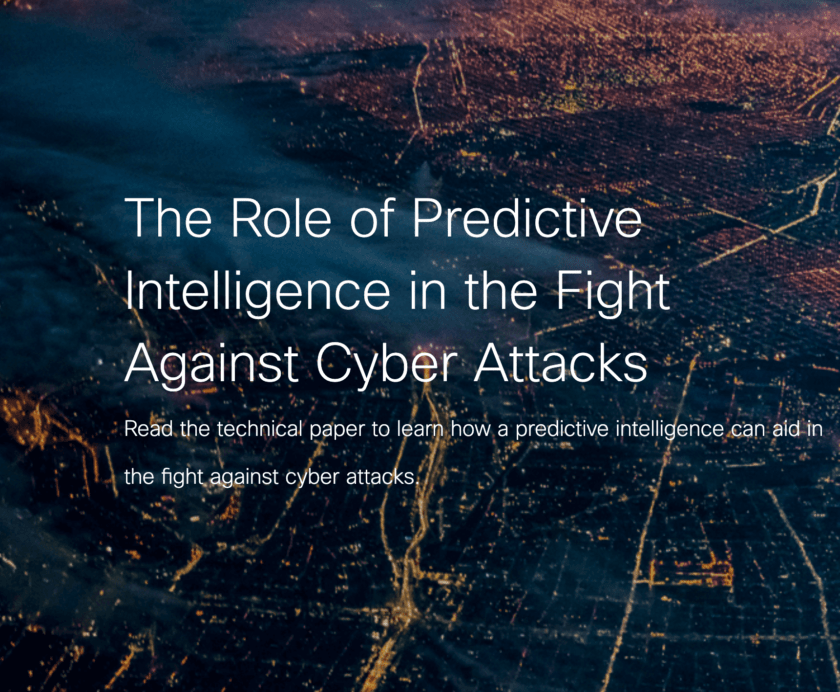 Of late, cyber-attacks have been on the rise. It is so bad that companies, as well as individuals, are losing revenue. This has to stop and the only way to do so is through counter activity on the attacker. Cisco’s tweet on March 4, 2021; https://twitter.com/CiscoUmbrella/status/1367254572884983819 was an announcement on ways to deal with cyber-attacks. You do not want to keep losing your income or reputation thanks to cyber attackers who are on the loose.

The role of predictive intelligence in the fight against cyber attacks – https://t.co/wxdT4yUs9B

According to security.umbrella.com, it is reactive how security agencies deal with cyber-attacks. What does this mean? It implies that these security agencies mostly assess a situation after the attack has happened. This means the loss has already been suffered. The only good this can do is stop further losses from happening. The ideal situation would be to have people and organizations saved from any loss facing them. That means zero harm.

These cybersecurity agencies have worked hard to get there but their efforts have been futile. Or, if there have been any fruits, they’re very limited as cases of cyber-attacks are on the rise. That is why there’s an urgent need to come up with solutions that will shield everyone from the attacks.

Running out of time

As we learn slowly, the internet attackers are moving with speed. That is why technology is needed here. Predictive intelligence will learn these tactics as fast and guide us accordingly. In the process, it will the attacker’s infrastructure and act quickly. These attackers will definitely learn and try to change tact. Even in that case, the algorithm will learn fast and save the potential victims. This is not to say the potential victims will be 100% safe. Once in a while, the attacker may trick the algorithm and bypass it unknown. But, before then, a lot of people would have been saved.

Meanwhile, cisco and co. are doing well in steering the fight against cyber-attacks. At least with this approach, we can save millions from potential attacks and losses. We don’t want to see people lose their hard-earned money and reputation. Deployment of predictive intelligence will track every move of an attacker and note. The algorithm will also give the potential victims the warnings they need to act. That will keep them in check and give them space to act by tightening the loopholes being looked at by the potential attacker.

The future looks brighter. Tech companies are utilizing their big ideas to come up with programs that will save the world. As the dark world continues to cause damages, the white world continues to tirelessly fight their mean actions like cyber-attacks. This battle is likely to go on for the longest time possible. At no time is the dark world likely to slow down or stop. That is why the white world too has to keep battling. Predictive intelligence is a massive step in the fight against cyber-attacks. This is a good one Cisco!