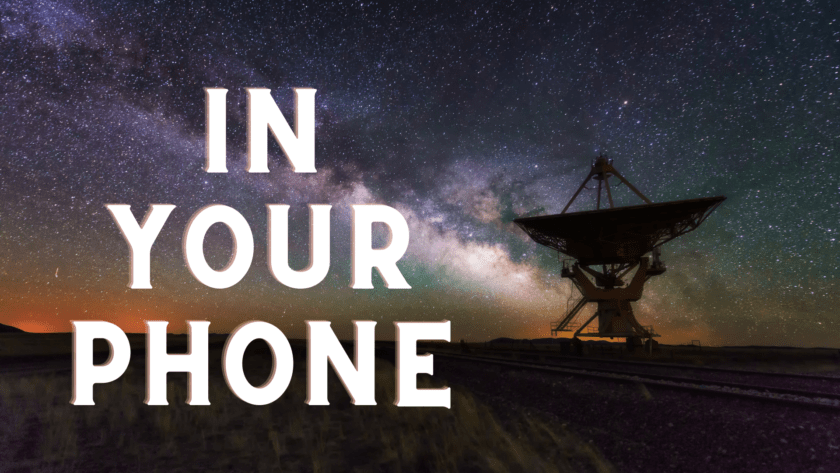 Gazing and marveling at the night sky is something that people have been doing ever since the world began. A few centuries ago, you could only analyze constellations with charts, maps, and telescopes. Things have advanced because a few decades back, all you had to do was pay a visit to the nearest planetarium. Today, you don’t need any of these; with the right mobile app, you can uncover a vast amount of information about what’s happening overhead at any given time. You can easily star gaze from your backyard using these apps to discover a wealth of information on the location and identity of planets, stars, and galaxies — no telescope needed.

Modern astronomy apps use gyroscopes and compass in your smartphone or tablet, along with the date, time, and location services, to determine your whereabouts in the sky. Some of these apps come with augmented reality through the device’s camera to show you exactly where stars are positioned. These apps are usually self-intuitive, and you’ll get the hang of them pretty easy; all you have to do is point your device’s camera toward the heavens and find the stars and constellations. In this article, I have compiled a list of some of the best android apps to aid you in your stargazing adventures.

This app is pretty much a mobile planetarium. To use this app, you first have to let it ascertain your location, hold up your phone, use a pinch-to-zoom gesture, and have the app pinpoint whatever is up there. After this, the app uses your relative location to locate stars, the moon, planets, and constellations. Star Rover’s sky map adjusts itself as you move your phone around the block, neighborhood, or region to see twinkling stars, nebulae, meteors, and sunset glow. It has a huge catalog with over 120,000 stars, all 88 constellations, planets, moons, moon phases, and real images of Messier objects.

SkySafari is a popular stargazing app that packs all the basic features. Once you have calibrated your location on the app, it quickly assembles planets, constellations, satellites, stars, and deep-sky objects. This app lets you view up to 120,000 stars with concise information about the night sky, star clusters, nebulae, and galaxies. You even get info about all major planets and moons; and a variety of asteroids, comets, and satellites, including the International Space Station (ISS). The app can create vivid animations of celestial events such as meteor showers, comet approaches, transits, and conjunctions.

Gazing at the stars and constellations has never been easier. With Sky View Lite, you can easily find and identify sky objects like stars, planets, and satellite flybys from the International Space Station and Hubble Space Telescope any time of the day or night. This app uses your device’s camera to create an augmented reality to spot objects in the sky at any time. SkyView has a catalog of sky paths for tracking objects and a social feature that lets you share discoveries with friends and family.

The cosmic watch is an award-winning top-of-the-line stargazing app that lets you explore outer space by simply pointing your mobile device skyward. With this app, you can have fun playing astronaut for a flight through the solar system, learn about the stars and constellations in the sky right above you, or time travel to past or future skies. The cosmic watch has a useful premium feature where it calculates singular astronomical events, so you never miss out on the next big cosmic thing. This app has various view modes; a 3D celestial sphere of the whole sky, a planetarium with star maps, and astronomical events calculator, a 3D astronomical clock, and a world clock.

This app functions as a comprehensive encyclopedia of the solar system anchored by a 3D model. With this baby on your phone, you can explore space, spacecraft, and planets via an interactive planetarium augmented by panoramic photos. It even lets you view live coverage of satellites, comets, asteroids, and dwarf planets, explore space missions and spacecraft, and check out the celestial event calendar. Solar walk displays all celestial bodies in their correct real-time positions. It even lets you look at 3D models of spaceships, satellites, and interplanetary stations and track their flight path trajectory, watch gravitational moves, and view photos shot during the mission. Solar walk’s astronomy calendar includes various celestial events like the solar eclipse, lunar eclipse, and moon phases, and documents historical space travel.

This app satiates your curiosity about stars, constellations, planets, comets, satellites such as the International Space Station, and deep-sky objects. It’s a great app for beginners and kids, and it even shows a 3D rendering of the major solar system planets and their satellites. Use this app to discover the wonders of the world above us.

This app helps you identify stars, constellations, planets, satellites, asteroids, comets, spacecraft, nebulae, the ISS, Hubble Space Telescope, and other celestial bodies real-time with your smart device. With Star Walk, you can view augmented reality using your phone’s camera so you can see charted objects superimposed on the live sky. This app has a news section to keep you abreast with the happening in Astronomy world.

This simple astronomy app lets you view stars, constellations, and deep-sky objects. Star Tracker shows its users the sun, moon, planets in the solar system, 88 constellations and more than 8,000 stars, and assorted famous deep sky objects with the location set either automatically via GPS or manually.

Sky wiki takes a Wikipedia like view on astronomy. This app is a mini-encyclopedia of astronomy that gives you a sky map with the option to change the speed of time, pause it, and print out the current version of the sky map. SkyWiki’s periscope section shows you a detailed insight into current celestial positioning.

This isn’t the best-looking app, but it is very functional. Serious astronomy enthusiasts should have this app because it gives advanced information and comes with loads of features, which makes up for the not-so-fancy user interface. This app gives you access to different sky views, a dedicated solar system view, and different sections dedicated to objects, including the sun and moon.